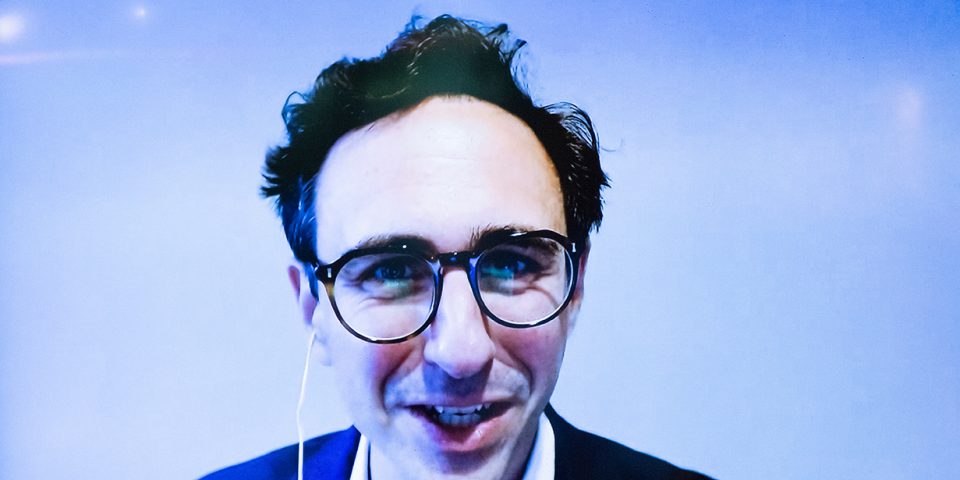 Thank you very much for that kind introduction, and thank you indeed to the Ludwig Erhard Foundation for this prize, which I am honoured to accept. And once again I must thank my many colleagues at the Financial Times who worked with me on this story, and the whistleblowers without whom none of this would have been possible.

It is a privilege to be with you here today – virtually – and to be given a few minutes to say a few words. It is a very long time since my own training in economics, so rather than claim any special expertise I thought I might offer a few brief thoughts from a perspective of reporter on how and why the Wirecard’s, the Markus Braun’s and the Jan Marsalek’s of this world, can thrive.

A year on from the collapse of Wirecard, the whole story still isn’t known. I’m planning on revealing much of it in the book I’m writing at the moment to explain for the first time how and why the fraud occurred, but I hope my publisher won’t mind if I give a small preview of that today. I’d like to tell you a story about Jan Marsalek, Wirecard’s charismatic chief operating officer.

One of the strange things about the last six years was that I never met or even spoke to Jan, even as we tried to get the better of one another. We’re the same age, pretty much, and I knew his fingerprints were all over everything. The accounting fraud, the surveillance, the hacking, the attempt to frame me and my colleague Stefania Palma for market manipulation. You can read in today’s Financial Times how he and a colleague joked about asking his Russian friends to find a permanent solution to the problem. At least, I hope it was a joke.

Well, he may have wanted to be James Bond, but Jan Marsalek was a human being just like the rest of us. He spent his life on airplanes, criss crossing the world in first class, and a few years ago he was suffering from an extremely bad back. A hypochondriac anyway, he had a weakness for experimental medical treatments. He decided to give inversion therapy a go.

Now, in case you aren’t familiar with it, inversion therapy involves suspending yourself by the ankles on a board. Marsalek obviously got one of the best of these contraptions money could buy, strapped himself in, and leant back. What he hadn’t done, however, was careful calibrate the balance. Try as he might, he couldn’t get back up. He was stuck hanging there alone, trapped, the blood rushing to his head.

Let’s leave Marsalek dangling there for a moment and consider his predicament. Whose fault was it? Was it his own, as a free economic agent, for rushing in without reading the instructions. Perhaps if he had properly researched the practice ahead of time, he wouldn’t have come unstuck.

Perhaps he trusted the brand, or the recommendation of a friend to give it a try. Maybe he thought consumer safety standards wouldn’t allow the sale of dangerous equipment without prominent warnings. Or his back hurt so much he wasn’t thinking at all.

The reason I mention this is that there is a lot of blame to go around when it comes to Wirecard, and no clean answer as to how they got away with it so long.

Lets consider the professional failures which allowed Wirecard to defraud billions from banks and investors. We have the auditors, the regulators, the banks, the investors, and the prosecutors.

EY’s audit work was a disaster. Wirecard’s accounting was fraudulent in part since at least 2010, yet EY gave Wirecard the all-clear year after year, in the face of persistent questions about the accounts raised by the FT and others externally, and by its own internal fraud team. Only at the very end was it forced to do the most basic requirement of an audit, which is to check whether the bank balances were genuine.

As was mentioned before, the regulators at BaFin were warned time and again by researchers, whistleblowers and the press that something was rotten inside Wirecard. Faced with compelling evidence of accounting fraud and market abuse, it chose to defend its own record of investigating Wirecard’s critics. It wasn’t a lack of power which constrained BaFin – had it used the powers available to it to investigate market abuse to obtain documents and other evidence the fraud would have been swiftly exposed.

The banks. Several investment banks helped Wirecard raise $1.4bn of new debt in September 2019. That very process exposed, to those who were paying attention, that Chief executive Markus Braun had lied. He claimed that the business in the middle east where all Wirecard’s profits came from was audited. The bond documents showed it was not. Maybe it was a small thing, but there is a phrased used by American short sellers – there is never just one cockroach in the kitchen.

Which brings us to the investors. Professional investors who purchased the bonds and shares of Wirecard after January 2019 have at least, I hope, now realised the value of a subscription to the Financial Times. Even prior to that it is clear that large numbers of professional investors put client money into a business they did not understand. Some of them did so on the basis that Wirecard operated in highly profitable legal gray areas, which perhaps reflects a perception about the low priorities of authorities towards money laundering.

Now about those prosecutors – what was the difference between the mindset in Singapore, which quickly launched a criminal investigation, and Germany – where even after the fraud was exposed Jan Marsalek was allowed to skip out of the country to Belarus?

One of the answers is a manifest failure of imagination. They simply could not see these successful businessmen as fraudsters, while Singapore had just gone through the 1MDB scandal of the billion dollar whale Jho Low. – Although, I will admit, I still don’t have a good answer as to why it was so easy for some of those involved to believe that foreign journalists were corrupt. – Another is the thread that runs through all of these failures, the commodity which is abused in every fraud: trust.

The thing is, that level of trust is a feature, not a bug. Our entire economic system is built around the idea that most people, most of the time, are doing the right thing. There are rules and procedures, and checks of course, but just think how wildly inefficient it would be if we had to approach every interaction as if the other side might be dishonest, or not what they seem. There would be huge duplication of effort. We have to be able to trust auditors, and banks and regulators to do their jobs properly, that the incentives for them to do so are right.

So what might we do to prevent future Wirecards? I often talk about the tactics which it used to avoid detection. Complexity, expensive lawyers, intimidation and bribery all feature, but there is one aspect which is so commonplace, such a part of everyday business that it is easy to miss: secrecy.

As an investigative reporter I’ve followed a lot of paper trails, and what you often encounter are familiar dead ends. These are typically, but not always, tax havens. The British Virgin Islands, Mauritius, Delaware, Dubai, the Isle of Man, I could go on. They are corporate hiding places, veils behind which economic activity and ownership is obscured. The use of such structures in modern business and finance has become commonplace. In various ways, these outposts of secrecy were used by Wirecard in its extensive money laundering and in its various frauds. In some respects it was only thanks to its operation in jurisdictions like Singapore and the Philippines, where financial and ownership disclosure is required, that the FT could expose the fraud.

What’s strange is that the Wirecard story shows how much people instinctively distrust secrecy in business when they are confronted by it. In 2016 the company was attacked by short sellers, who set out to expose its ties to money laundering. The so-called Zatarra Report was not a perfect document, but it was immediately suspect in large part because it was published anonymously. The natural reaction to this unusual event was to ask what are these people hiding? Meanwhile the routine use of secrecy jurisdictions for money laundering that Zatarra sought to expose went unexamined.

It doesn’t have to be this way. To everyone who has praised the role of investigative journalism in the last year, I ask you to consider what could be done to make that job easier, or even redundant. Let sunlight in. Ultimate beneficial ownership disclosure laws could be enacted and – importantly – also enforced. Financial disclosure could be improved in practically every jurisdiction. Real pressure could be placed on these secrecy havens to open up.

I realise that Germany has a strong cultural and legal tradition of privacy. So, in the spirit of where we find ourselves today, I would ask you to consider the case for sunlight in philosophical terms.

I think the phrase the foundation uses is „freedom AND responsibility as the foundation of the economic and social structure for the empowered citizen“. The responsibility part is important. Many of the economic structures we take for granted are not rights, they are privileges. Take the limited liability company for instance. This an incredible invention, the foundation of a free economy. Anyone can start a company, experiment and take risks, then walk away if it goes wrong. That is an incredibly valuable privilege, and it should come with some obligations; to publish accounts, to disclose who stands behind it. I don’t think that, in a free and open economy, is too much to ask.

Such basic disclosure requirements would go a long way to giving the Jan Marsalek’s of this world fewer places to hide. Which reminds me, we left him trapped upside down frantically trying to right himself. This time, he was lucky. His phone was very nearly out of reach but, straining, he was just able to get his fingertips to it and call for help.

I sometimes wonder if his bad back still troubles him, wherever he is today. Its one of the many things I’d like to ask him about, if we ever do get to talk. I’m told that after his brush with upside down disaster, he warned other people not to make the same mistake. I hope it’s not the only lesson we can take from the scandal. 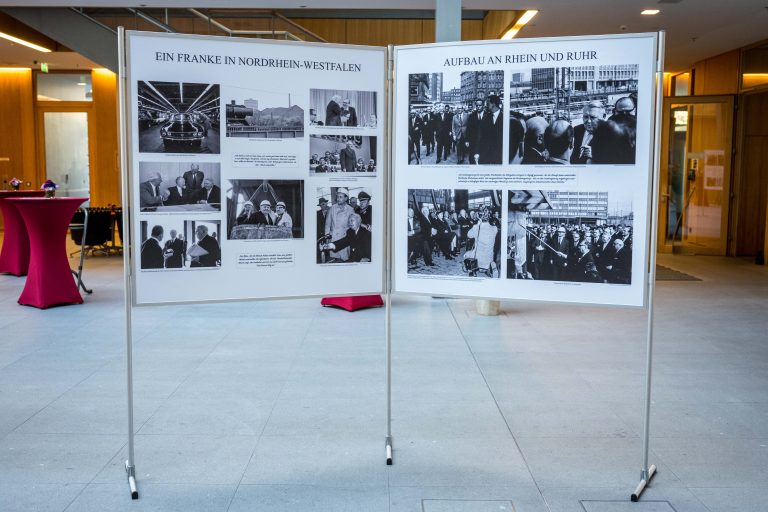 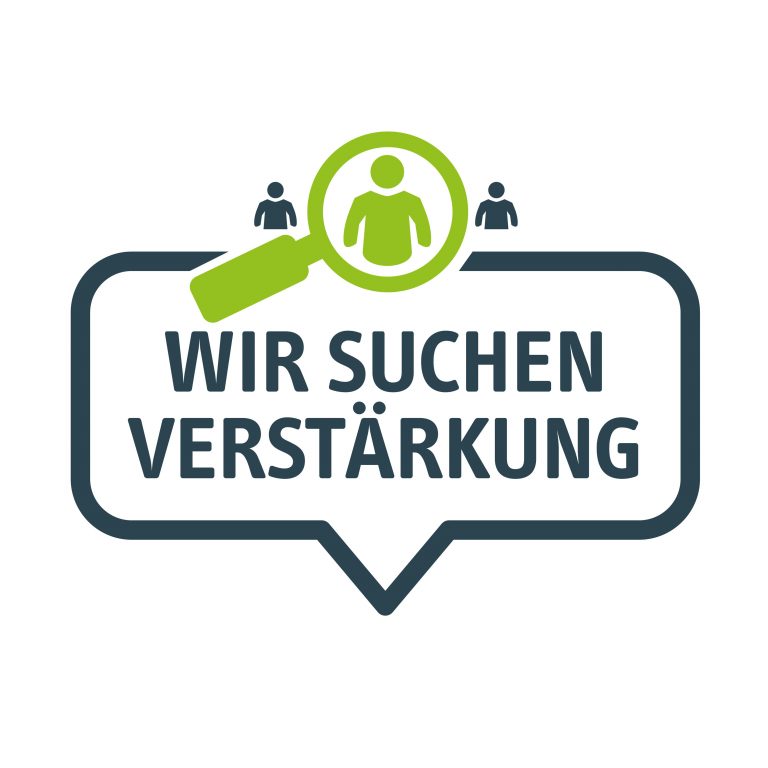 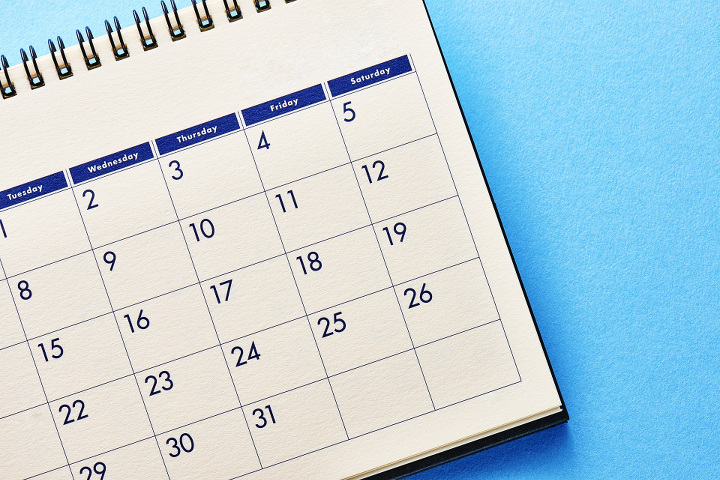 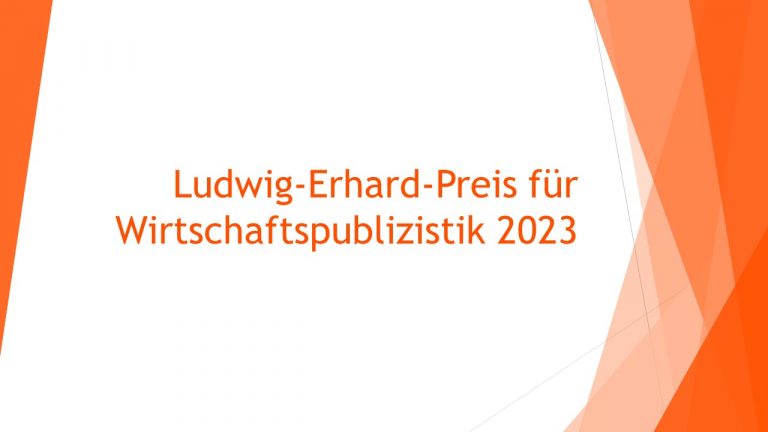 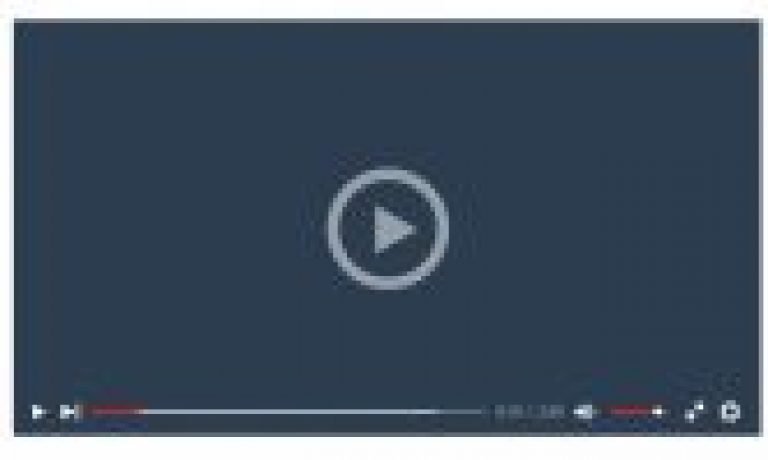 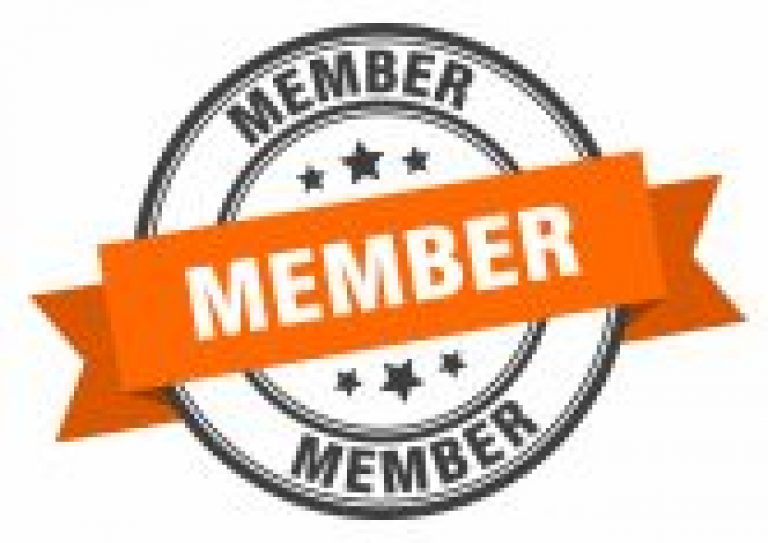 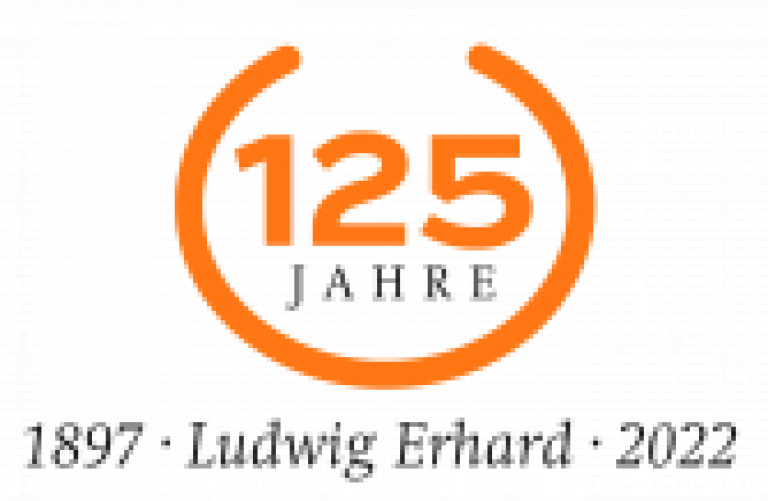 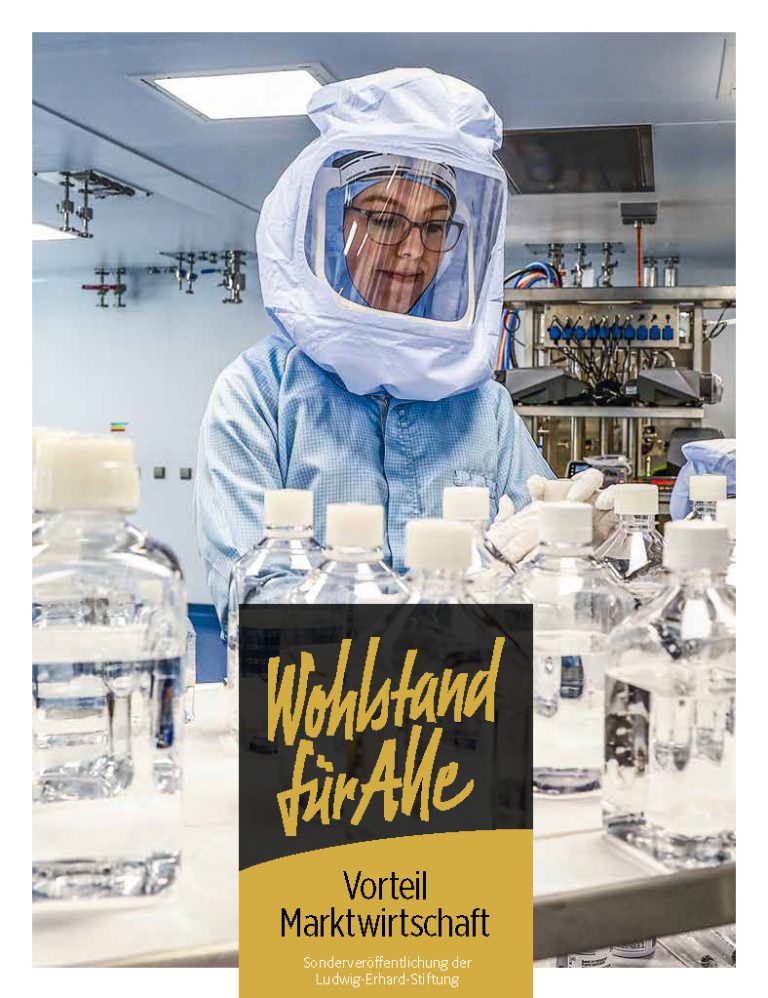